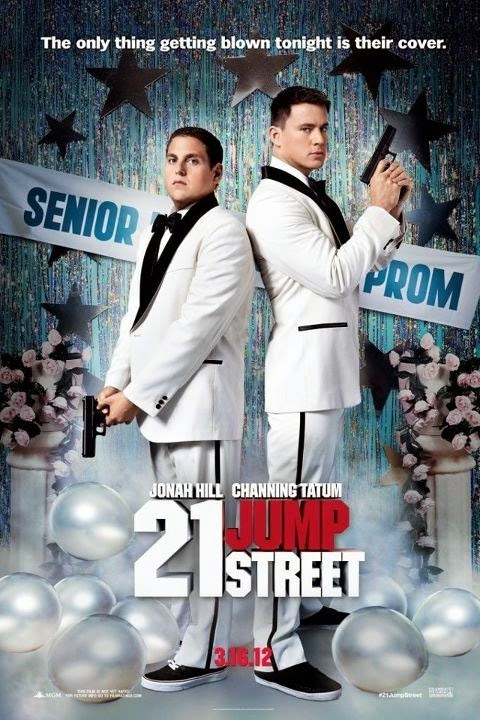 A pair of unlikely cops, Schmidt (Jonah Hill) and Jenko (Channing Tatum) are taken off the streets and into a classroom after not following proper police procedure regarding a certain gang of drug dealers. The assignment given down by Captain Dickson, played by Ice Cube is a last chance undercover job to target and seize a new synthetic drug that is making it's way through a local high school.

Along the way, these two make a ton of mistakes, starting with getting their identities switched and it all goes down hill from there. High school has changed a lot since they were there. What once was considered cool is now not. Back when they were in school, Jenko was the popular kid-the jock, and Schmidt as you could guess was the nerd. Now Schmidt's hanging out with the cool crowd and Jenko's inviting the AP Chemistry nerds to a party they're throwing.

Jonah Hill has yet to disappoint, though I was a little worried about Channing Tatum after that train wreck that was Magic Mike. Buddy cop movies have been hit or miss lately, see my review of Ride Along. This movie was well directed and portrayed though, for a movie based on a television series set back in the late 1980s. I guess the only quirks I had with this movie was the gym teacher (Rob Riggle) and of course Ice Cube himself, who I've had a problem understanding why he's still making movies after that horrendous Are We Done Yet?  We get it Rob Riggle loves a good dick joke, this movie had plenty of them mostly all by him. It got old really quick for anyone with a taste for comedy. As for Ice Cube,  he was definitely not the worst thing to happen to this movie and some of his responses at the meeting with Schmidt and Jenko were surprisingly pretty funny.
Most of the humor, the chemistry that Tatum and Hill forms together in this are unbeatable in a movie. It'll make a perfect movie night with your friends and a bucket of popcorn. I'm definitely looking forward to seeing the boys in college, 22 Jump Street! 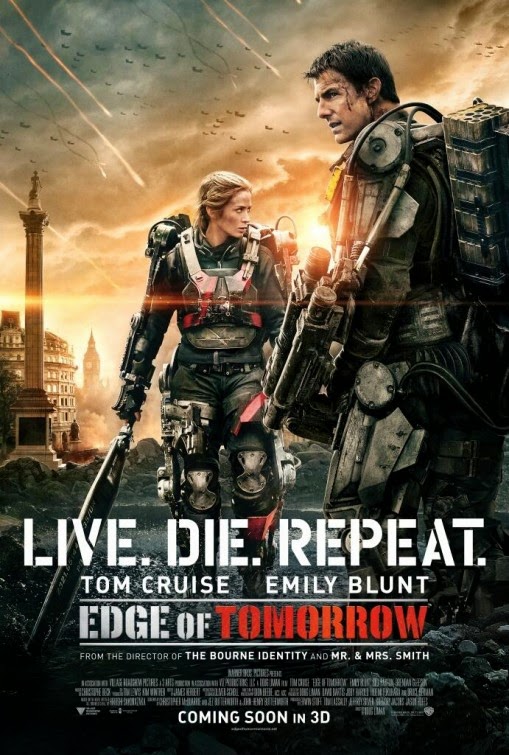 Yeah, I get out to the theaters once in awhile, and with all the hype over Edge of Tomorrow  I knew I just had to see what everyone was talking about. Director Doug Liman brings us a Groundhog Day-style action movie starring the once exciting Tom Cruise. Let's face it, this guy's grown old, his style of acting has drastically dropped sub-par. Not to say he didn't do a good job here, but let's just say I was more excited to see Emily Blunt than him.

As the movie rolls on screen, we immediately meet Officer Cage (Tom Cruise) who wakes up on a dock with a drill sergeant type yelling over him to get up. Living the same day over and over again, sounds boring but Liman does a great job at keeping the audience entertained for the entire run time. Soon we meet Rita (Emily Blunt), the bad-ass with a temper for those who get in her way. She has no room for others in her life, until the charming and persistent Cruise. The script seemed to be well written, to include some comical and serious scenes.

For the first time in awhile, Tom Cruise doesn't play a smiling hero. He's the fumbling inexperienced soldier, and guess who's there to train him? "Full metal bitch," herself, Rita. In Edge of Tomorrow, we see a story that will not only enlighten science fiction fans but keep action fans begging for more.

This movie isn't for everybody, but it was indeed one of the most surprising summer blockbusters of 2014 and I gladly recommend it. 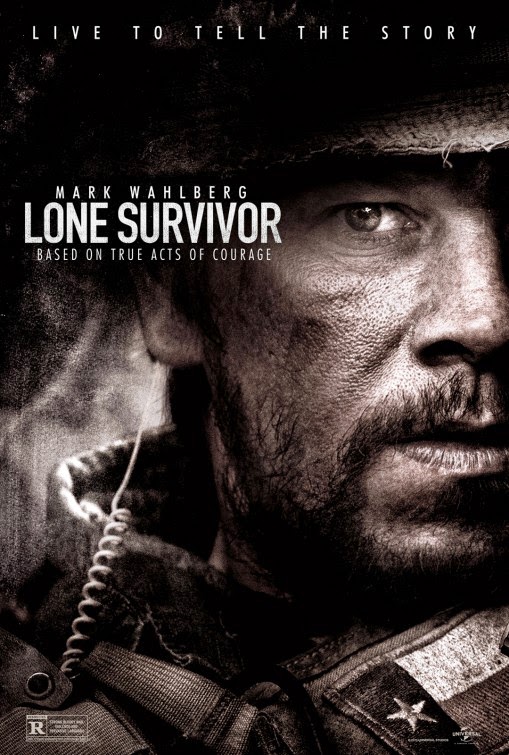 Politics aside, Lone Survivor was a war movie based on the Red Wings mission of 2005 which entailed going after the Taliban leader Shah who was responsible for killing many soldiers of the U.S. armed forces. One of the Navy SEALs, Marcus Luttrell (portrayed in this film by "Marky-Mark" Wahlberg) was the only survivor and this was his story.

I'm not sure why I was so anxious to see this movie. It surely wasn't the actors or even the direction of the film. I grew up in a military family, so the whole idea of glorifying war didn't impress me.

The mission was only to hunt down Shah and call in re-enforcements when the time comes. Everything changes when they take prisoner of three locals and must make the decision to let them go, leave them tied up, or kill them on the spot. What would you do? All this happens within thirty minutes of the title scene, and when the proverbial shit hits the fan. One would think a properly trained soldier would know not to let witnesses go until your back up has arrived. As you can by now guess, they let them go under the impression that they'd be safe because its 'only an old man and two kids.' Anyway, at least one of them weren't so innocent and as we could see coming, the group of American soldiers are soon surrounded by Taliban forces.

Exaggeration was also used profusely in this movie, to show the bravery of American soldiers most likely. Throughout the gun fights, we see our team taking bullets and shrapnel left and right without much difference to their later actions. What the heck were the Taliban soldiers shooting, rubber bullets? They also seemed immortal to jumping off cliffs, tumbling down a hundred feet or more, landing head first on sharp rocks below them. When their back up re-enforcements showed up, unprotected and apparently not ready for duty as they stand on the helicopter surrounded by the Taliban forces rather than quickly getting off and fighting upon arrival.

There's an abundance of slow-mode shots, clear close-ups of hits, all perfect to make you cringe at what the four soldiers are going through. As soon as Marcus finds himself alone, he finds his way to a friendly Afghanistan village filled with people who doesn't like the Taliban forces any more than the American soldiers. This gives him the opportunity to track down his re-enforcements, and by re-enforcements I mean Blackhawk and Apache helicopters both which were supposed to show up sooner.

All that aside, this was a story of honor, bravery, and courage for not only the Navy SEALs but also the Afghanistan allies alike. It is a movie I would recommend for at least one viewing.