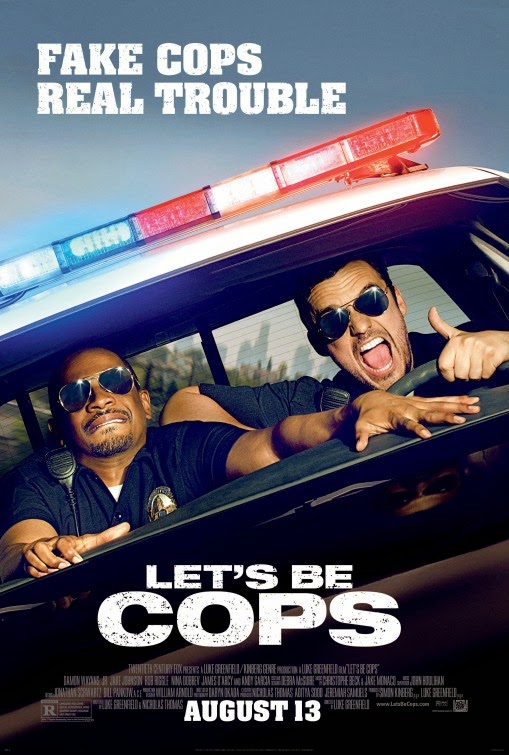 Two friends from Ohio move to Los Angeles in search of a better life for each other. Ryan (Jake Johnson) is a former high school football star who is interested in becoming an actor after starring in a herpes commercial. Justin (Damon Wayans Jr.) is a video game designer who designed a game in which the player ia a police officer. When this idea was shot down by the production company in which he works at he considers moving back to Ohio, the only problem is Ryan won't let him. When the struggling duo mistakenly dress as cops to a masquerade ball, they learn first hand that not only do L.A. cops get away with everything, they also had women running to them-something they never experienced before.


Ryan enjoys the special treatment and takes the game to the next level, even going as far as buying a stolen police cruiser on eBay. Although Justin is shown as someone who just wants to live a normal adult life, he's fed up with being more a company pawn than a creative mind, so he hops on board, I'm sure the pretty girl in the diner helps him make this decision. The two eventually get good enough to deceive the L.A.P.D.and goes on a real case against the Russian mafia.

When I saw the trailer for this movie I thought it was actually going to be funny. Maybe not as hilarious as similar buddy cop comedies like the 21/22 Jump Street movies but at least have some cheesy Wayans Bros humor to keep me interested. It failed in all retrospect, the characters were unbelievable and the plot seemed to go nowhere. It was a complete waste of one hundred minutes. To think Rob Riggie was the highlight of this cast makes me believe the studios weren't even trying, he seems to have that annoying feature that no one likes, y'know that kind where the punchline of a joke is said more than once and still doesn't make it funny

To sum up this short review, I'm just going to say it was horrible but watchable if you come across it for a deep bargained price - a free rental from Redbox for instance.