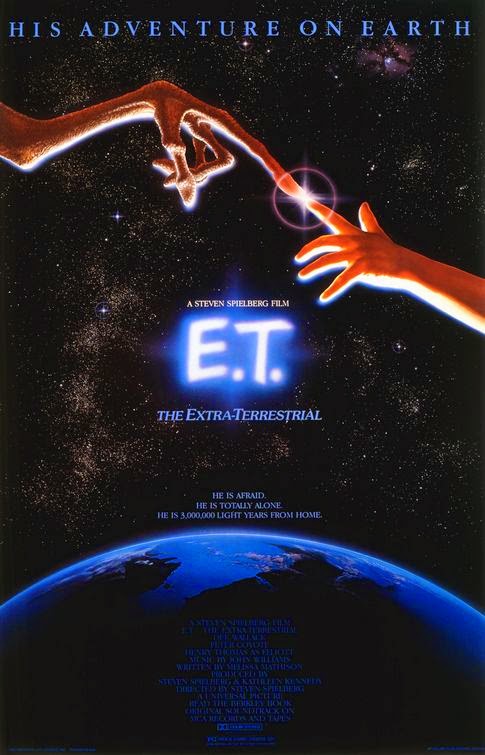 Synopsis:
Steven Spielberg's heartwarming masterpiece of love between a young boy and a visitor from another planet has quickly become the most popular film of all time. Filled with unparalleled magic and imagination that made audiences around the world laugh and cry, E.T. The Extra-Terrestrial follows the moving story of a lost little alien who befriends a 10-year-old boy named Elliot. While E.T. learns about life on Earth, Elliot learns that friendship knows no earthly bounds. Overflowing with memorable performances, a stirring musical score and scenes of wonderment, E.T. invites everyone to share the thrill of its magic touch. It's more than a movie-it's an experience you'll never forget.

This is one of my all-time favorite movies. I was five or six when I first watched this masterpiece, I distinctly remember being blown away on how this movie had a bit of everything: drama, comedy, science fiction, and adventure. To add icing to the cake, it was even made right rather than slapped together like some movies today. I decided to revisit this film after all these years and was surprised on how much it still holds up today, at a little over thirty years old. Only a handful of titles I've seen in my lifetime have triggered some emotion, and by that I mean I cried. Who didn't? If you say you didn't shed a single tear scene where E.T. was dying on the table so Elliot could live, I'd have to call you a liar.

This movie's not perfect. I personally think that would be near impossible to accomplish but to remain a classic even after thirty years, Spielberg must've done something right. There's no future predictions gone horribly wrong like we've seen in some pre-1990 films. There's proof that life existed without mobile phones and computers, back when kids would use their imagination and play with action figures or Matchbox cars. Just typing that last sentence made me appreciate the type of childhood I had, while feeling bad for kids who are growing up in this Millennium.

Spielberg is one of my favorite directors, I'll watch anything put out by this man. I trust him to entertain me, and (so far) he hasn't let me down yet. For years, I had only known Elliot as "that kid who played Davey Osborne from Cloak & Dagger." He deserves more credit though for he's starred in some decent movies since the 80s; Psycho IV, Suicide Kings, 11:14, and Dear John to name a few. Then there's Drew Barrymore, who I never realized until recently that she played Elliot's sister Gertie. There's no point in lying here, I like most of her filmography but when I was younger and first saw this film I despised her role as Gertie to a point which almost ruined the film.


I always compared my life to Elliot's, for years I didn't know why, maybe I just didn't care to come up with a reason. It's hit me during this last revisit, I can relate to Elliot, as a middle child myself I've gone through stages of my life where I didn't think anyone paid any attention to me. It's the reason why I didn't like Gertie (Drew Barrymore) in this film; being the youngest leaking secrets and constantly believing she was the center of the universe throughout the film.

Own it today! Buy it from Amazon.com