There was once a time when you couldn't miss when a movie starring an SNL alum was being released, it would either feel like a skit or an original. With that said, how was The House released without me noticing, especially since it stars two known SNL members, Ferrell and Poehler. Although I knew nothing about it, I decided to watch it anyway.

Scott and Kate Johansen (Will Ferrell and Amy Poehler) have been planning for years for the day their daughter goes off to college. However, when she gets accepted to a school, they are faced with the dilemma of how to pay for it. When the scholarship money falls through, they have to think of something quick, with the help of their neighbor and buddy Frank (Jason Mantzoukas), the three brainstorm a crazy idea that may actually work - to form an underground casino, after all the house always wins -right? Unfortunately for these two, they have something resembling responsibilities, making a casino a much more dangerous and scary place than they could ever imagine.

It's crazy to think that a comedy with two of the funniest, talents surrounded by others in the game could result in such a dud, but unfortunately, that is what happened. Just like many comedies released these days, this one neglects to follow a coherent story. It's simply just a movie starring a couple mediocre at best funny actors just everything up as they go along. Even the jokes, which I kid you not appeared to be reworded over and over again, weren't very funny. For a movie that was as short as this, coming in at just over 80 minutes, it felt like it was much longer, it just dragged on and on.


Here's the granddaddy of every slasher film ever made. Released in 1980, Friday the 13th would spawn a multitude of sequels, reboots, and even a television series that ran for three seasons. There's no doubt that this film kicked off the most successful horror franchises of all time.

It all started in the summer of 1957 at Camp Crystal Lake, when a young boy drowned. The following year two camp counselors went missing and were later found brutally murdered. The authorities were forced to shut down the camp. A few decades later, now under new ownership the camp is scheduled to re-open, and a new group of counselors have arrived to help prepare the grounds for the busy season ahead. While these teen counselors are too young to remember the camp's bloody past, they have all heard one iteration or another about what happened. Also, there's someone lurking in the woods who'll be more than happy to give them a history lesson.

When a young couple find themselves stranded in the isolated community of Gatlin, Nebraska, they discover that all of the town's adults have been slaughtered by a religious cult of twisted children who worship a mysterious cornfield deity. Can these adults escape the fanatical wrath of these adolescent zealots, or will they become the next blood sacrifices to 'He Who Walks Behind The Rows?' [Anchor Bay Entertainment]

It all started one year when this mid-western farming town's corn crop struggled to grow. This inspired local farmers to pray for a divine intervention, when boy preacher Issac Croner (John Franklin) gathers the local kids in the town square with an suggestion that they form a cult....a cult that kills every living adult in town to please the savage corn Gods (also known as "He who walks behind the rows").

The problem with this plot is the notion that the kids could possibly keep this a secret from the rest of the civilized world is nonsensical. The movie explains that the kids would simply kill every adult wandering through town, but in reality wouldn't that only lead to more people visiting the town? A little hard to believe these kids could really get away with this for so long, but it's just a movie...

Anyway, a few years after the initial massacre, we meet Burt (Peter Horton) and Vicky (Linda Hamilton) driving across country. During their trip, they run into the body of a young boy and decide to take him to a hospital, in a nearby town...you guessed it.

The film's only unsettling element is Isaac, played with effective gravitas by Croner, who I later learned is really an adult actor with a growth deficiency). I never quite figured out why Isaac speaks like a 16th century Puritan minister, but his stern face and archaic language certainly make him a memorable figure.

The fact that this movie spawned at least seven sequels and a remake should indicate it's worth checking out if you haven't yet. Horror movies can leave a lot to be desired, frankly many aspects are best left unexplained, and a religious cult story such as this one is no different. 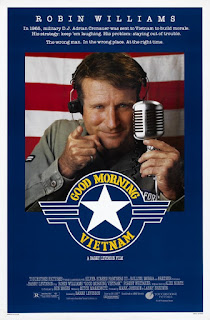 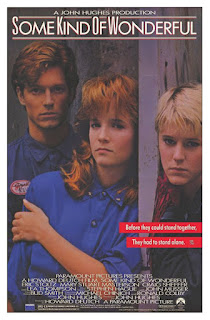 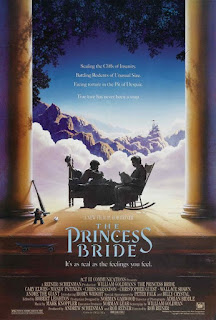 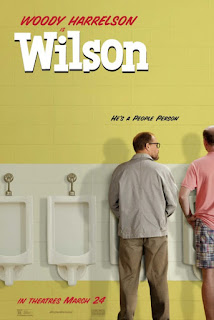 Wilson (Woody Harrelson) is a neurotic middle aged man who has lived alone most of his life. He loves to talk, to anyone, about anything even if nobody really cares to what he has to say. When his father passes away, he returns to his hometown for the funeral and decides to track down Pippi (Laura Dern), his ex-girlfriend who left him seventeen years ago. While they reconnect and everything seemed to be going great and wonderful, Wilson learns that they had a child together, in the form of Claire (Isabella Amara). Although Pippi put Claire up for adoption when she was born, Wilson takes it upon himself to find her and striking a sort of relationship that they clearly missed out on.

Rating: 3.5/5 Wilson has a mixture of comedy and drama but mostly, it's a sad attempt to string together a bunch of characters and ideas.
- July 23, 2017 No comments:
Email ThisBlogThis!Share to TwitterShare to FacebookShare to Pinterest
Labels: 2010s, Comedy, Drama, reviews
Older Posts Home
Subscribe to: Posts (Atom)