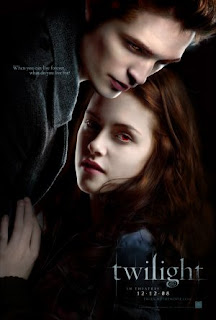 Bella Swan (Kristen Stewart) has always been a bit different, never caring about or fitting in with the trendy girls at her Arizona high school. So when her mother Renee (Sarah Clarke) decides to remarry and move to Florida, and Bella decides to go live with her father, Charlie (Billy Burke), in the rainy little town of Forks, Washington, she doesn't expect anything to change. While in Washington, she meets the mysterious Edward Cullen (Robert Pattinson). Edward can run faster than any cheetah, he can stop a moving car with his bare hands, and he hasn't aged since 1918. Most importantly, he's a vampire. Like all vampires, he's immortal. He doesn't drink human blood (they're vampire "vegetarians"), which is rare among the vampire population. Instead, they go on regular "hiking" trips, where they feed on prey such as grizzly bears and mountain lions. For Edward, Bella is the thing he has waited ninety years for - a soul mate. What will they do when James (Cam Gigandet), Laurent (Edi Gathegi), and Victoria (Rachel Lefevre) come into town and James sets his sights on Bella? Will true love prevail when Edward is forced to save her life and conquer his thirst? The true question is, When you can live forever, what do you live for?
Posted by: Mike
Tags: 2000s, Drama, reviews