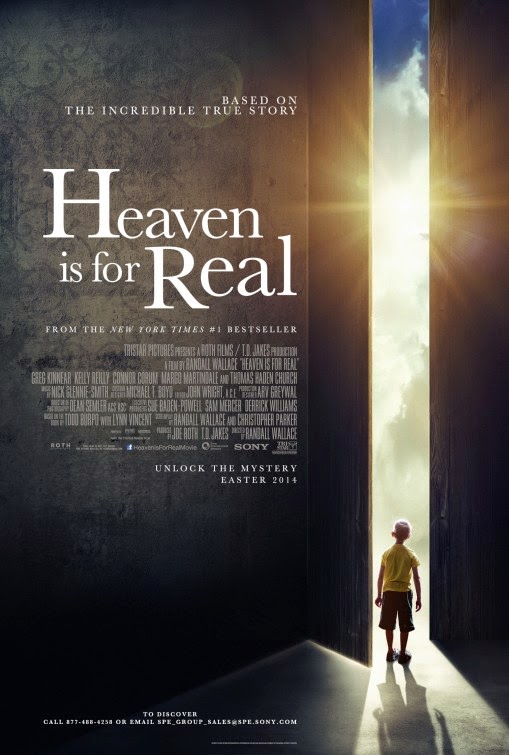 Summary:
Some would say this true story was about the son of a small town minister who had been to Heaven and returned to share his experience. Others would say the story is about the father, a confused minister from Nebraska who stopped believing what he preached every week and must find the courage to share his son's experience with the world. It is a story of a seriously ill boy who was diagnosed with a severely ruptured appendix, and had to undergo surgery with very little hope from the doctors that he would survive.


Following the surgery, we see the boy does live on, and quickly jump into how although he was on the operating table for so long he believes he saw his mother calling all her friends to say a prayer for him and his father yelling at God in the church, both oddly enough were in opposite wings of the hospital. This small town minister and his family are poverty stricken and it continues to get worse as the bills pile in while the church administrators (starring Thomas Haden Church and  Margo Martindale) are concerned that their church is going to become something of a circus with the recent attention brought by a 4 year old boy visiting heaven.

I'm not a religious person, contrary to my recent choices of movies, but I've always believed there is a final resting place. Like a child believing in Santa Claus, if you believe there's a heaven you don't need proof that it exists. Regardless, Todd Burpo (played by Greg Kinnear) felt obliged to share the story told by his son that Heaven truly does exist. To most the idea of a heaven i

The movie is predictable. Soon after agreeing to let a news reporter interview his four year son, which by the way sounds like an irresponsible father in my humble opinion, the criticism begins. Those who believe and those who don't. Without starting a debate on Christians vs. Atheists, I'm just going to say this -- Believe in what you want, you don't have to share everything with the world.

Closing comments:
Heaven Is For Real is none other than your typical emotional drama, you've got to take it with a grain of salt that it won't appeal to everyone. Whether you believe it or not, it's just a movie with a happy ending.

Have you watched this movie or read this NY Times best selling novel? Let's discuss below.