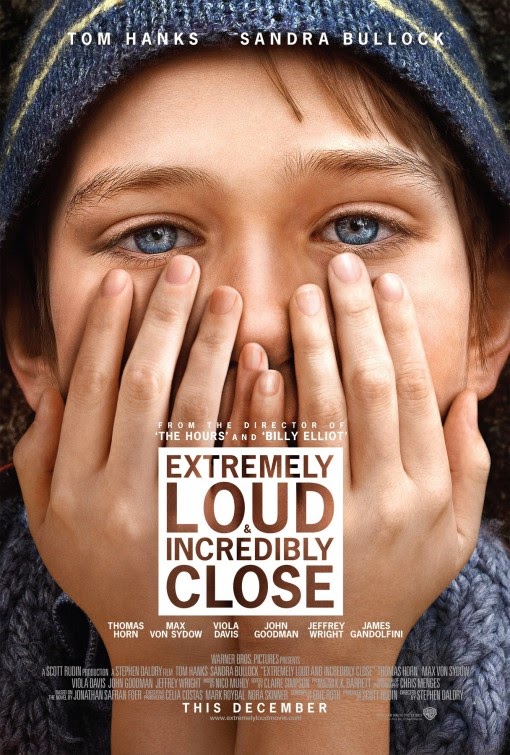 Synopsis:
Adapted from the acclaimed bestseller by Jonathan Safran Foer, Extremely Loud & Incredibly Close is a story that unfolds from inside the mind of Oskar Schell, an inventive eleven-year-old New Yorker whose discovery of a key in the belongings of his father, who died in the World Trade Center on 9/11, sets him off on an urgent search fro the lock it opens. As Oskar's quest takes him across the city, he encounters an eclectic assortment of people - survivors in their own way - who help uncover links to his father, preserving a connection to the man who helped Oskar confront his fears about the noisy, dangerous world around him.

That particular Tuesday of September will always be a day Americans will never forget. I remember exactly what I was doing around 9am that morning, I was sitting in my 2nd period home & careers class when another teacher barged in and proclaimed "WE WERE ATTACKED!" No one knew what was going on, but that followed a school-wide announcement over the PA system, and the end of lessons for the day. I grew up about six hours from Manhattan, so we weren't evacuated like Oskar was that morning, but it seemed every one of my teachers felt the need to stop what they were doing and turned on CNN or another news broadcasts. This event affected us all, even if we didn't know anyone in the World Trade Center. It was proof that no matter what, terrorism was always there. The mourning of fathers, husbands, wives, mothers, sons, and daughters carried on for years to come. Sitting through this movie was tough, but it was a story that had to be told. Oskar said it right at the beginning, "soon there will be no where to bury the deceased."

Ever since this tragic day, there have been rumors spreading around that mention plans to rebuild the twin towers. Over ten years later, we now see a memorial for the fallen and lost, but knowing there were hundreds if not thousands of people unaccounted for even after all this time is unbearable. The idea of construction crews building over top of a unofficial graveyard is unbearable to think about, but what has been done is already done, it's meant to honor those lost. 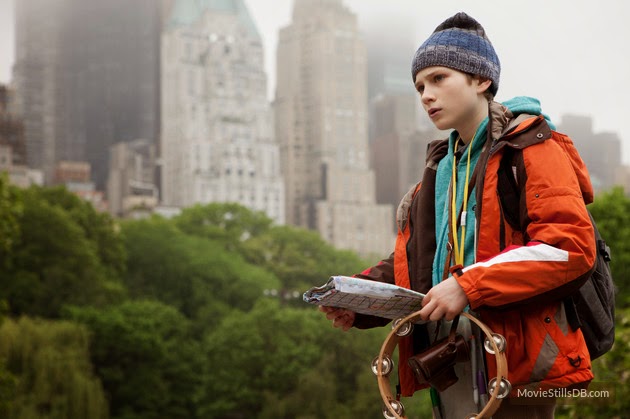 In the movie, we see Oskar grieving over the loss of his father, a jeweler of New York who just happened to have a meeting at the World Trade Center that Tuesday September 11th. With confusion and feeling ashamed for not picking up the phone that morning when his father tried to call him, Oskar finds a key in an envelope marked "Black" inside of a vase purchased by his father from an estate sale the week before the attack. Thinking this was one of the exploration games he played with his father before his passing, Oskar maps out everyone named Black in the six five boroughs, to find the lock to which the key goes to. A heartfelt story, we see Oskar solve the mystery and cope with his father's passing while meeting with many other 9/11 survivors.

Note: This review may be changed without notice. I re-wrote it four times before publishing
at June 24, 2014
Email ThisBlogThis!Share to TwitterShare to FacebookShare to Pinterest
Labels: 2010s, Drama, reviews